And the flu has gone all Egypt on my ass

I'm sick.  Funny, I got the flu shot when everyone was haranguing me over its benefits.  Yet, here I am.  Temp this morning 101.  Better than the last three days orf 103, but still.  I'm sick.  Mac spent a night in the hospital for rapid (excess of 180) heartbeat again.  We spent two full days and a night there with the sick and afflicted all around us.  He took his flu shot, too.  He's not sick.  Yet.  However our son Wallace and I are.  Sick that is.  We have Mac mostly straightened out and on blood thinners (he's doing lovenox right now, or at least I give him the injections twice a day for a week.  I crawl off my death bed and warn him I'm to weak to chase him down.  He hates needles.  He sees I'm sick.  He behaves.

I'm sick.  I'm sure I got it at the hospital and wonder to whom I would complain about it.  It appears I have no recourse but to lie on the couch and attempt to recover.  Today is not as bad as Friday was.  Friday night was awful.  I spent more time in the bathroom than in bed for two days.   I did everything at a crawl.  Still do.  It's taken me 2 hours to write this.


Yes, the flu has gone all Egypt on my ass, I'll be glad when the revolution is over. 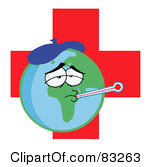 Poor you.. I feel for you. The only time I got the flu was also the only time I had a flu shot. I hope you and Mac are each on the mend before too long. Sending healing thoughts your way.

I am sorry that you contracted the flu. I hope that you are both getting better. It has to be hard to aim a needle when you are sick.

I hope that you told that flu to cease and desist and evacuate your body immediately.

I guess we'd have been a lot worse had we not had the flu jab.

Oh Sandi I am so sorry. Ugh! The hospital is a classic place to get sick. I always used to think that the hospital was the best place to be if you are going to get sick but goodness....
Going back and forth with Daddy all last year, his doctor would often do an exam and then say, "Ok get him out of here. There are sick people here and you don't want to be here."

I am praying for quick healing throughout your whole household.

Hospitals are hotbeds of infection. Wear a mask next time;-)
I hope you'll soon be feeling better.

Sandi, It's awful that you've been so sick and still are. Prayers ascending nonstop! If this bug is hard to beat, then it being from a hospital is the reason why. They develop resistance to the usual treatments in those places. There have been movements to require hospitals to report infection rates. Suport that please and I'll promise to do the same. In the mean time, drink tons of fluids, keep yur hands sanitized. Wear a mask so you don't reinfect and get reinfected. Don't get off the sofa to cook, make Mac order delivery till you're better. See your doctor if you can make it there. That high a temp can be dangerous in an adult. Yep, I'm worried about you!

Is it time to see the doctor? And may I suggest echinacea? Others all around me have been falling ill and still I stand. I don't know any reason other than I am on a course of echinacea. I hate to hear that you are under it again. The only good thing is that it's making Mac behave. Poor baby. Make that double "poor baby," no, triple. I forgot your son.

That's really not fair at all. BIG sympathy from up here. I hope it leaves soon!

Bless your sweet ass!!! I just had to say that...... but seriously , I pray that you are feeling better soon.. I have escaped the flu this summer....(knock on wood) but have had terrible terrible sinus and inner ear infection. so bad that the vertigo kept me in the house for 3 weeks not being able to drive or hardly walk.

We need Spring..... We need sunshine and warm summer days digging in the dirt and watching the flowers grow....

Well, being sick is no FUN! Hope you get better soon.

High fevers aren't good for us adults, for sure. Sending prayers for all of you that the revolution will be over soon.

Sandi, that's rough. Flu is horrible. And Wallace has it too. And Mac's been in the hospital. I'm sorry.

May the revolution come to a swift and healing conclusion, bringing in a better era for all.

hope you feel better soon! I've had the head and chest crud the past few days. I'll be glad when i can finally breathe again!

Sorry to hear that you've caught the dreaded lurgie! (English expression for any disease!)
Hope you will be much better soon.
Just think how much worse it could have been if you hadn't have had the injection.
Maggie X

We're doomed if we don't get the shot,and if we do. No win-win there.

I hope you feel better soon!

Not sure how I missed this post?! So sorry sweet friend that you've been ATTACKED by the flu. I hope by now it's long gone, but I'm a bit worried since you haven't posted again. Give us an update, okay?

Are you feeling a bit better now Sandi? And how about Mac? My guess is that you must still be feeling gruesome otherwise you would be blogging. Get well soon my friend.

After the times you've had lately I'm not surprised. Poor you. Big hug. Hope you're feeling much better these days? Mind you, flu takes forever to get rid of...

Concerned to hear the news of Mac. Take care both of you X

Oh Sandy hope you are better by now. Anna :)

If it's any consolation, you're still funny when your miserable :-)

So sorry that the flu beat you down this year (and happy that Mac didn't get it!)