I can't believe how long I've been away.  But when my blogging fans start hunting me down it is time to get my butt in gear and get out of whatever gear you would call molasses.  Everyday now for several weeks I have told myself  "go blog".  Everyday I answered myself with "I'll do it tomorrow."  When I began answering to the name Scarlet, I knew the gig was up.

I believe I have been in a malaise...not really a funk, not really depression (I don't have manic/depressive periods...just manic.)  I was like a well fed cat, content to piddle around doing not much of nothing, napping in the afternoon, watching my new addiction, Buffy the Vampire Slayer in the evenings and now here is something you will find hard to believe...I've only played three or maybe four games of Scrabble with my pal Lee in the past several weeks.  Why she hasn't called out the dogs on me, I have no clue.


But now here we are in the beginning of Spring, the greenhouse is loaded with plants (to get your own, for 99 bucks, free shipping, go here ( http://shop.ebay.com/i.html?_nkw=greenhouse&_sacat=0&_odkw=greenhouse+kit&_osacat=0&_trksid=p3286.c0.m270.l1313 )  and Mac has been turning over the garden space and suddenly, I'm alive.  I think I may have been keeping that darned rodent, Phil company in his den.  I knew we were in trouble when he saw his shadow...I've been here before.  It's not a new condition, but one I promise myself not to visit to often.  So, today I return to the place I love the best, and offer some pictures up as a mea culpa to show why we call our place Orchard Cottage.  Then I'm going visiting, I've missed my friends.  First, here are the plum and peach trees all in bloom...followed by the pear and Victoria Plums...and the most spectacular flower in our garden...the Arianna Lily...all dressed in blue 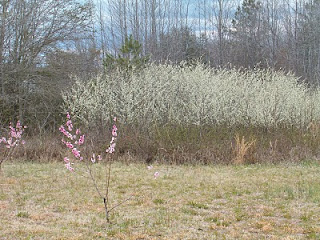 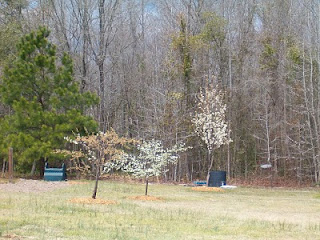 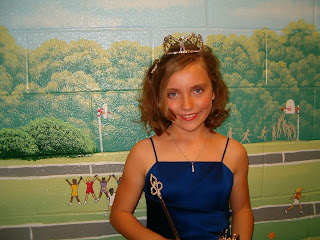 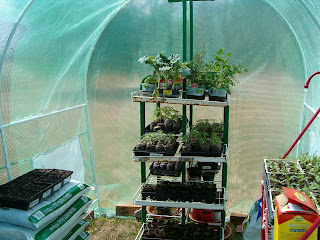 I gave Mac a small green house for his birthday, and he has taken full advantage of its abilities...he has grown everything from seed and we have so many varieties of tomatoes it is umseemly... 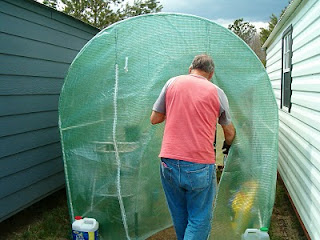 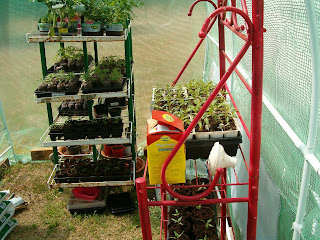 He is in and out of his new found paradise so much that I've decided that all he needs is a small cot out there to make his world complete!

Posted by Sandi McBride at 2:39 PM 43 comments: Links to this post